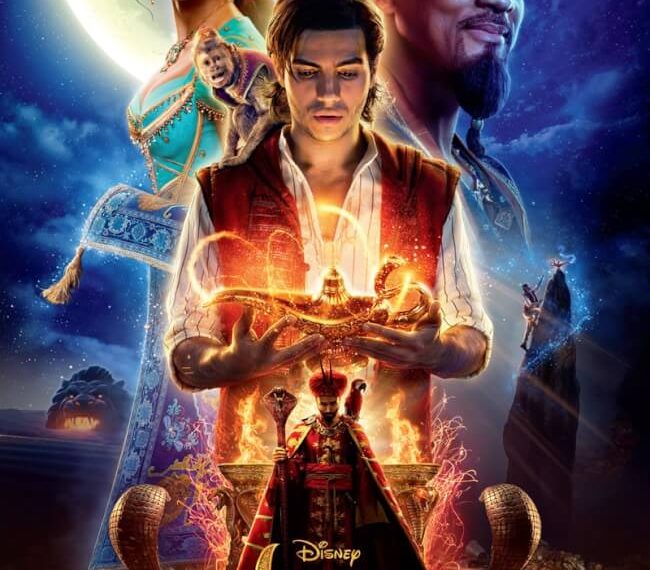 I had very, very, low level, miniature, expectations going into Disney’s live-action remake of Aladdin. I mean, the reviews hadn’t been all that great. I, as always, kept my mind opened and welcoming. And, thankfully I did. I have no idea what any of these critics are talking about. I thought it was fantastic. However, there’s a fault or two that allows this live-action remake to lose a point.

Aladdin is the next in Disney’s reinventing of its classic animated films. Based on the ‘street rat’, Aladdin (Mena Massoud), who comes across a lamp and asks the genie (Will Smith) to make him a prince, so that he is able to win the heart of the princess, Jasmine (Naomi Scott). This, of course comes with the drag-backs pulled by none other than, Jafar (Marwan Kenzari). 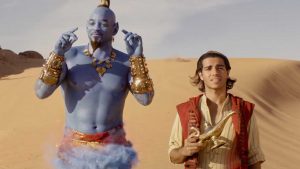 My one issue with the film was how quickly Jasmine and Aladdin met in Agrabah’s market. In the original, the two share their individual stories before Jasmine makes her way into the market to be with the common folk. In this version, One Jump was sung when Aladdin had already met her and helped her escape from the guards with Abu. It didn’t sit right with me, especially right at the beginning of the film though that’s when the song is sung, but it is quickly forgotten in the magic and wonder of the rest of the film. 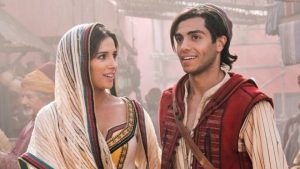 I lie. There’s another issue. Well, not an issue exactly, but I guess a controversial opinion about necessity – the feminism push. As a female, I can say, I don’t care who the hero is at the end of a film. Male or female, black or white, gay or straight; I don’t mind. Speechless is an incredible song, and it’s been slipped perfectly into the film, but Jasmine has always been an independent, strong character. She was the first Disney princess in my memory to make me realise that women should indeed be heard, not just looked at. She never was a damsel in distress, nor was she even close to not being recognised as a fierce woman. You’re blind if you didn’t see that in the original version. Therefore, I am forced to ask, was it necessary to make such a profound push on ‘girl power’? 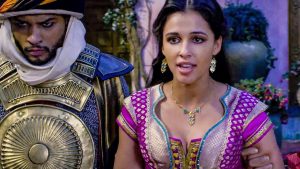 Standing ovation goes to Will Smith. Robin Williams would have been proud. He was such a great choice to reprise the role Williams perfected with only his voice. Lets not take away from Mena as Aladdin, as well. He fit the criteria perfectly. From character to look, Mena made for excellent viewing.

My favourite bit had to be the constant verbal diarrhea that came out of Aladdin, and the embarrassment Genie felt whilst trying to impress the Sultan (Navid Negahban) and his daughter. I couldn’t stop laughing. That bit right there, was pure gold. 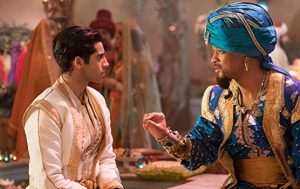 Guy Ritchie was a surprise for me, and the other reason I went into the film with low expectations. Guy isn’t known for making Disney films. So, I was shocked to see his name on the director’s chair. But thankfully, it worked out.

I had lots of fun watching Aladdin. It was thrilling, and exciting, the music was wonderful and just as I remember it, and it felt very humble and true to the original I used to watch almost daily as a child. Don’t listen to the critics. I know I have said this about many films, but really, don’t!