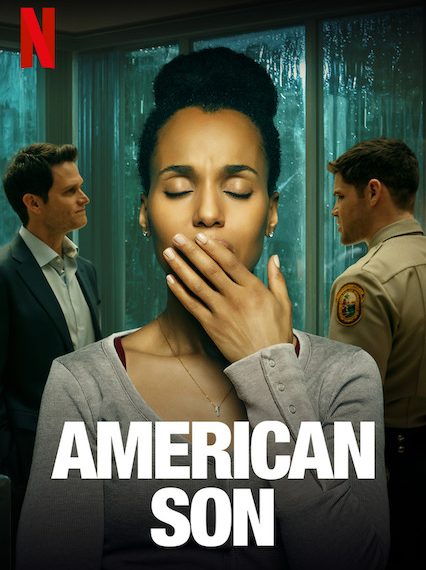 I stumbled across American Son under the ‘trending now’ banner on Netflix, and something made me stop to watch the trailer, when usually I just keep scrolling through. Kerry Washington’s character together with a police officer and her husband are in a room going back and forth about her son and his whereabouts. It’s also evident that this is a race related issue. Washington’s performance alone made me stop and pay attention. So, I hit play immediately.

Based on the Broadway production of the same name, the film is based entirely in this one very dull and plain waiting room in a Florida police station. No one is around but Kendra (Kerry Washington) for the most part. In and out comes Larkins (Jeremy Jordan), the newbie police officer only experienced enough to give the bare minimal to the desperate mother seeking answers about her son. As he continues to follow protocol, soon after Scott (Steven Pasquale) the father of the Jamal, the son we are desperate to get answers about, walks in. He is white and we quickly find out, an FBI agent. All this whilst we wait for the fourth and last character to walk in Lt. John Stokes (Eugene Lee) whom Larkins insists they need to wait for, for more answers. 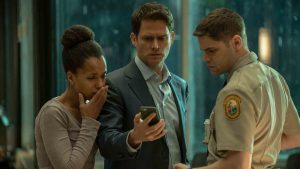 The film goes back and forth about how black men have to live their lives. Kendra continuously bashes her estranged husband with logic about why it’s so hard to be a person of colour in America, reminding us that, unless we are black, we will never get it. 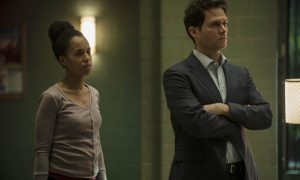 Wow. The performances alone are what keeps this film so fluent and poetic. There is no other way to describe it. The dialogue is constant, no silent moment, and that’s okay, because every bit of spoken word that is blurred out takes us closer to understanding, becoming more knowledgeable and feeling even a small bit of empathy for this entire situation. If there were silent moments we’d feel more stressed and frustrated. 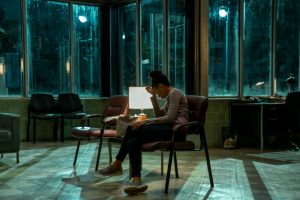 It’s pure heart and powerful, and a must watch for those who need an eye opener. My only very small issue with this is that, I don’t really think it worked as a film. I can definitely see how this works on stage. It screams Shakespearean. But, it’s very rare that we see films, based in one room, with such a small amount of characters, with so much said, that actually works on the big screen. The message is definitely clear, but as a film, I just don’t think it was necessary.

If the Black Lives Matter movement is something that you respect and hold dear to you, I think the film will move you. It surely did move me. 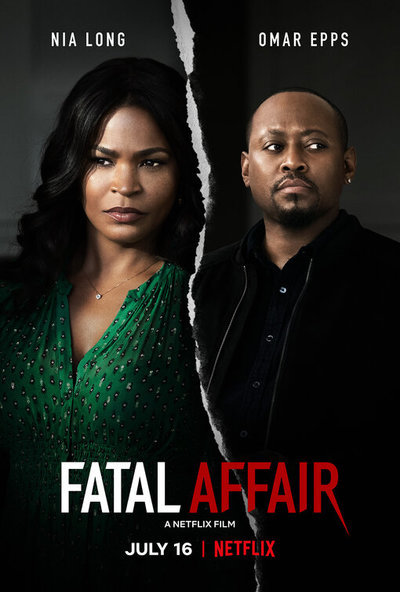