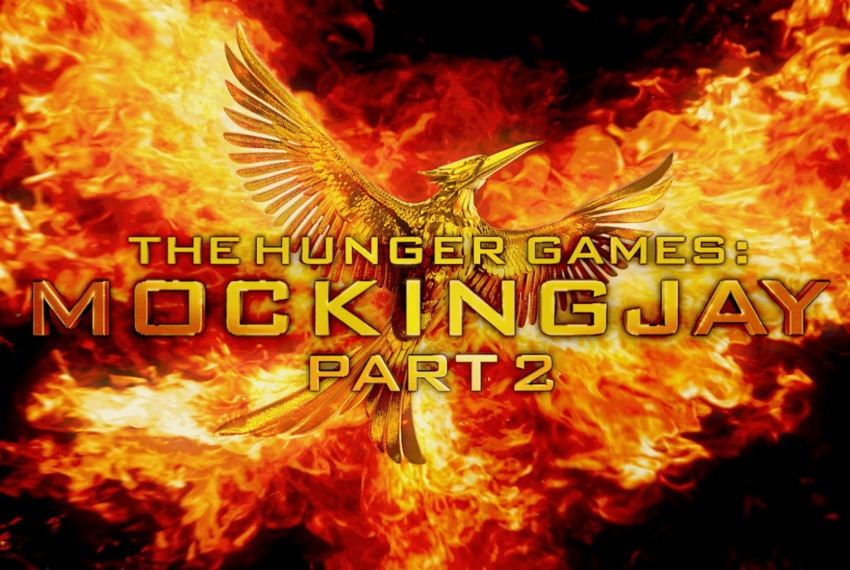 The final chapter of the Hunger Games series is here. I haven’t read the books, but I’m guessing the final one is a lot better than the conclusion in the film adaptation. I’d be disappointed if I was the author.

The exciting bits give you false hope for the movie. Just when you think a scene is reaching a major climax, and it’s all exciting and suspenseful, you’re forced off the high speed train with the utmost disappointment that the ride was cut so short. Now imagine experiencing all those highs and lows on repeat for 2 and a bit hours. The pace of the film is bipolar. Though I thought Part 1 was of low impact, at least it flowed slow and steadily the entire time. Part 2 is just a two year old kid using coloured pencils on paper for the first time. 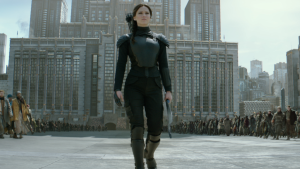 All characters were detached. Though Katniss Everdeen, I think personally, is a fierce character, Jennifer Lawrence seems too good for this role now. Jennifer’s career has surpassed this franchise, despite playing Katniss so well in the beginning. But overall, all characters seemed to be over it. The acting in the first two films was on point. There was plenty of energy; just the right amount of each emotion giving the film the right amount of action and drama. The final two do the opposite. I didn’t feel the effort was made. 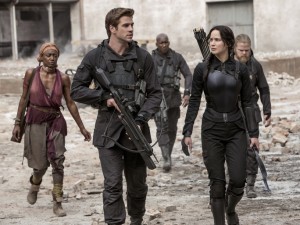 I was so over seeing Katniss in a hospital bed every 20 minutes. The creators had taken advantage of all of her ‘concussions’, and skipped important detail, only to force the viewer to conclusions with no explanation as to how we got there, and then sending her back to hospital with a concussion and skipped information again. It’s like we too, are concuss. It all seemed rushed, and it wasn’t the good bits that were included. 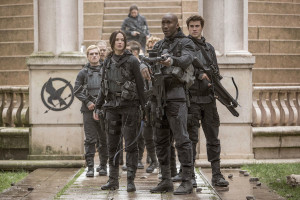 The coolest thing about the film, and basically the only thing that gives Mockingjay Part 2 points, are the cool traps developed by the ‘game makers’, as the crew head closer to Snow’s mansion in the Capital. Without spoiling them for those who want to give this movie a chance, these sequences are innovative and creative. 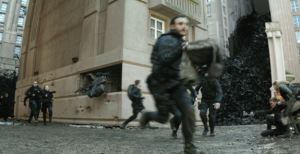 When it comes to the love story side of the film, this one was very close to being as bad as Twilights. It was as corny and as cheesy. Most importantly, I didn’t care if Katniss wanted Peeta or Gale. I wish the political theme was pushed and emphasised in these final films. It would have made things much more exciting. 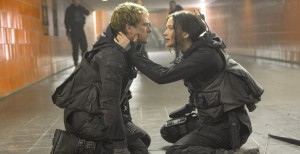 At the end of the day, the creators here know, once you start a franchise, most viewers will continue on with it. So, it will make the money regardless of how good or bad it is. I’m sure there must have been a way to combine the two Mockingjay’s together. There’s so much potential, but it just seems as though everybody was over it and just wanted to get rid of it.

I’m giving Hunger Games: Mockingjay Part 2 my lowest score yet – 2 out of 5.

Subscribing to Peach and Buck will be the easiest way to stay up to date with my reviews. Next one will be up shortly. Hit the menu button, subscribe and stay in touch. Don’t forget to comment!