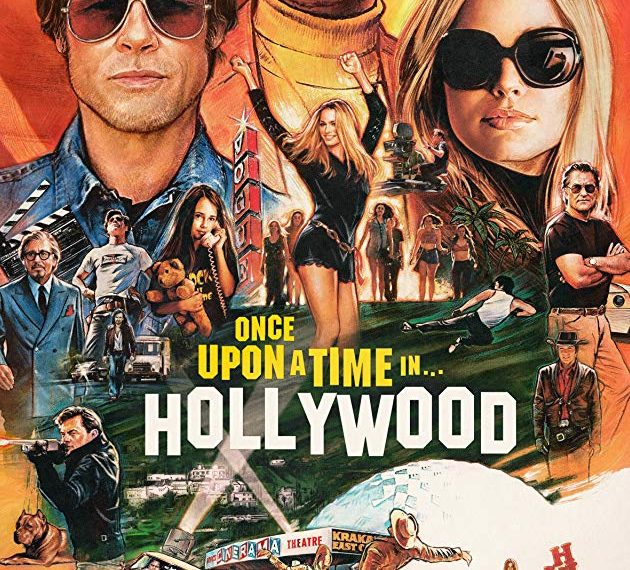 Here it is. Quentin Tarantino’s 9th and second last film, and old Hollywood is well and truly alive once again, in this star studded piece of work put together by the quirky and unique director and writer. Never expect anything less when it comes to Tarantino. Once Upon a Time in Hollywood is likable, but not completely lovable.

Hollywood, as it has been known simply as, is based on a fictional actor by the name of Rick Dalton (Leonardo DiCaprio) whom, together with his stunt double, Cliff Booth (Brad Pitt), seek to light the fire back into their careers as a duo, and as individuals. Woven through this storyline, we discover the non-fictional actress, Sharon Tate (Margot Robbie), whom is just getting her name out there and spends most of this flick watching her own film. She just happens to be neighbours with the drowning actor, Dalton. Woven within that fact, is the subtle but profound ‘Family’, we all have come to know is the cult led by Charles Manson. 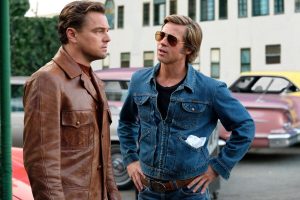 I honestly felt like I was watching an episode of Seinfeld. It was two and a bit hours of nothing, but something was still good enough to make it enjoyable. I’m almost finding it hard to explain what exactly that means. Hollywood is mainly nostalgic, showcasing everything that’s to love about late 60s Hollywood. Its jam-packed with style, set props and scenery to awe over. The film looks fantastic. The comedic relief and the fact that there isn’t anything really like this at the moment, is what sets this apart and makes it enjoyable to watch. 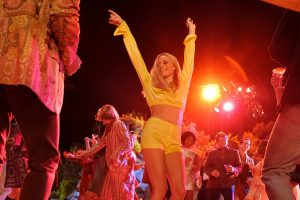 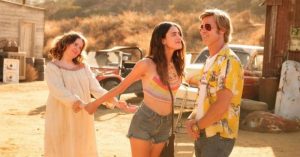 What truly gets full points is the acting. Come on… Do you expect anything less from Leo? The guys a genius. Who even is Leonardo DiCaprio when you’re watching a movie he’s starring in? Brad himself, I feel, has shown us a side of his acting we hardly see. Or at least don’t see enough of. The guy is looking great. It is almost too hard to think of anybody else that could take on these two roles.

I don’t think many will like the film. It is slightly different to other Tarantino stuff and definitely a slow burner. If you are thinking Tarantino films are a certain style, then it’s the end you’ll be waiting for. And it’s the final few scenes that makes us wonder, what was the point of the entire film. But, don’t think too much. I believe there is a purpose for everything before we get to the final big bang that creates a storyline post this film. Sorry to tease, but it is worth checking out.

When I think about it, Once Upon A Time In Hollywood was what I expected it to be. It looked good, it sounded good, it felt good. It’s quirky, it’s weird, and it’s definitely good enough.