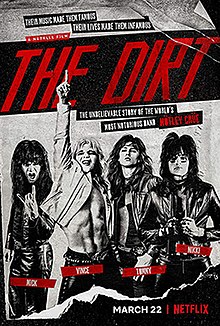 I love that streaming services, such as Netflix are able to bring light to one of musics best bands. It’s an opportunity for the younger bunch to be introduced to a different kind of sound and I guess, really get to know where the phrase ‘sex, drugs and rock ‘n’ roll’ came from. Hopefully not to influence, but just to observe and almost admire.

The Dirt takes a look at the history of Motley Crüe, one of the 80’s biggest bands with a very controversial story, personal battles, and plenty of triumphs. 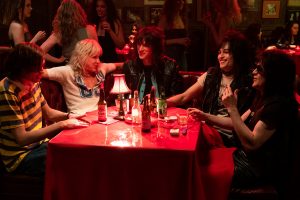 I wished and hoped that this would reach the same heights and influence as Bohemian Rhapsody, because it definitely deserves it. I love how raw it is; that it didn’t shy away from the lifestyle that was, well… sex drugs and rock ‘n’ roll. Some cry about the drug abuse being glamourised too much, and makes it’s way on screen too often, with some confronting sex scenes, also. I say, well it was the 80’s and this is Motley Crüe, and I doubt very highly that they didn’t take as many drugs and drank as much alcohol as depicted in this biopic. I definitely believe this was an authentic look at the lifestyle these guys would have lived, even if some of the storytelling drifted and pulled back a bit. 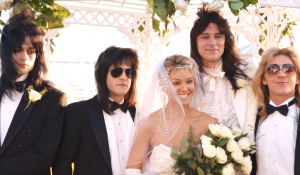 This films biggest win, was the rolling commentary and different points of view. We were able to hear the individual stories about each member from each character, and even see how each band member perceived shared scenarios. It gave the film a flow like no other, never disturbing and very refreshing. It was never bias, and it made it feel as though it told the whole story and left nothing out. 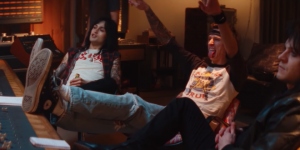 I cannot compliment the actors enough. Nikki Sixx has English actor, Douglas Booth to thank for a stunning performance. Being the one with the most controversy in regards to drugs, it’s often a bit confronting to play, but Booth plays the role as real as possible.
From one of the most hated characters on Game of Thrones, Iwan Rheon portrays a lovable Mick Mars, being able to take on the older brother figure in the band.
Australian, Daniel Webber is lead vocalist Vince Neil, and he is more rock ‘n’ roll than the rest. This might sound weird, but I noticed he had the body language and posture of a rock God pretty perfect.
Last but not least, Machine Gun Kelly depicts the role of the most famous Crüe member, Tommy Lee, and even has his Greek mother along to put him in line shutting down his first wife-to-be. I’m glad they added the fact that Tommy is Greek in this film. It added to the authenticity of the film. 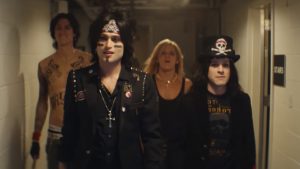 I had a lot of fun watching this film, and though it ain’t exactly Oscar worthy, it’s definitely won the very cool award in my eyes. Remember, with all the sex, naked bodies and excessive drug use, this film isn’t for the easily offended folks that have spilled over from 2018. 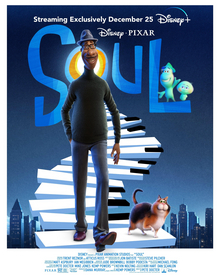 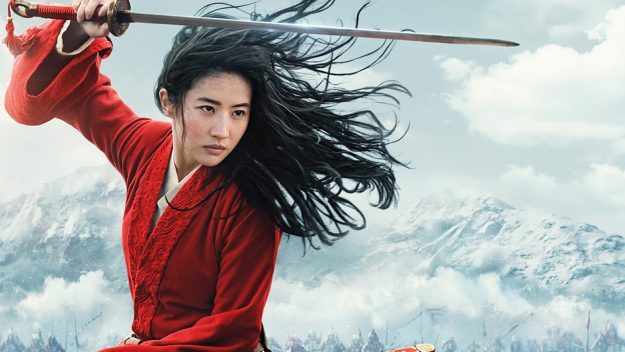 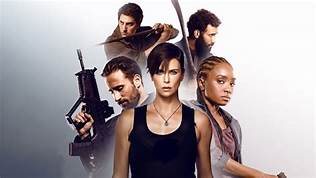