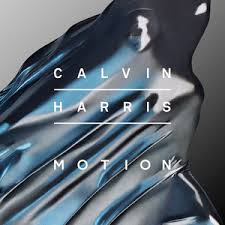 I don’t quite understand why Calvin Harris is being criticised for his latest album ‘Motion’. All I’ve read is that, the fact that he is now the highest paid DJ in the business; he can take the foot off the accelerator, and only stick to what he knows. Still producing quality music, but playing it safe. But why should he steer away from what he is good at? He can only do one better and perfect his own sound. That is what ‘Motion’ is all about – perfecting his own sound. Even some of the artists featured on this album, are names you would not have expected to see alongside Calvin Harris.

There are your radio-ready tunes, most we already know, which are Under Control, Blame which features John Newman, Summer and Together. There are your club-ready bangers with It Was You, Overdrive and Burnin. However, there are tracks on here that I truly believe surpass even the great Scotsman’s abilities to say the least.

Take Slow Acid for instance. Here, we have a return of the old 90s Acid House sound, with hints of a modern psychedelic rhythm. Ecstasy which together with Under Control, features Hurts, will take you back to a classic 80s Rock ballad, with almost a monotone strum of an electric guitar throughout its beauty.

Open Wide and Dollar Signs seem to be included for a bit of fun, and can probably skip the potential ‘Greatest Hits’ album. Open Wide includes one of a few surprise guests, rapper Big Sean. Unnecessary dirty lyrics lead into a big thumping base line, whilst Dollar Signs pretty much does the same thing. Featuring Tinashe, just like Open Wide we have two hard hitting tunes layered up with typical Elector synths, a few swear words and uninspiring lyrics.

Burnin, created with Dutch producer R3hab, reminds me of a night out in a Melbourne Bounce club. As the only lyrics in the song say, this is definitely one “for the bouncers.” The other one for the clubs is Overdrive, which includes the helping hands of Ummet Ozcan. I’ve been a fan of Ozcan’s stuff before, and this is not any different. Big Electro strings and fist pumping bass, festival goers would love this one as the sun goes down after a long day of raving. It Was You featuring Firebeatz is included in this club of bangers.

The surprise of them all is Gwen Stefani, who lends her vocals to Together. No doubt (no pun intended) this one will make it to radio and be soaked up by people that don’t know better about dance music.

Outside has unfortunately, made its way to commercial for chart consumption. As expected, Ellie Goulding has provided her velvety vocals to Harris again with this one. It is a shame because this is one of three gems on the album.

The other two stars are Love Now and Pray to God. These are on repeat the most for me. Love Now featuring All About She, is something indescribable, and only understood when felt. It is a rhythm to fall in love with, which is required to be heard real loud, so you do not miss each combined sound. It’s catchy and addictive. Pray to God is equally beautiful. With the unique vocals of Haim, the girls do this song so must justice and nobody would have been as perfectly fitting as them. That is not to take away from Harris creating a mellow, but powerhouse backdrop for those vocals. I sense Stevie Nicks, Blondie and Madonna all in one in this one tune. Is that a weird combination?

The rest of the tracks we already know, as they continue to grace the charts.

Again, not too sure what the negative feedback is all about, but I’d like to give Calvin Harris’ ‘Motion’ 4 stars.