Romantic comedies are often the same story-line. Boy meets girls. Girl meets boy. They get together. Something drifts them apart. Then they find their way, again. Always Be My Maybe is exactly that. But some rom-coms are cringy and unbearable, that you often roll your eyes and are itching for it to end. Not many can switch off that part of your brain that overthinks and criticises everything. This film allows your heart to melt while you cringe and beg for mercy. 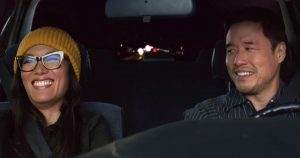 Childhood sweethearts Sasha (Ali Wong) and Marcus (Randall Park) cross paths after 16 years apart and spend the entire time hating and loving each other. Sasha is a big time chef, opening restaurants in all corners of the US, while Marcus is at home with his dad, part of a small name hip-hop band, and installing air cons and heaters with his dad. Sasha and Marcus have known each other since they were kids and had been inseparable. At about 18, and after an awakened exchange after the passing of Marcus’ mother, the pair drift apart and begin their adult lives. 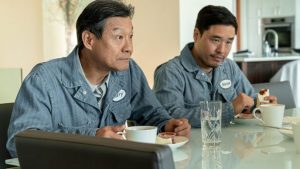 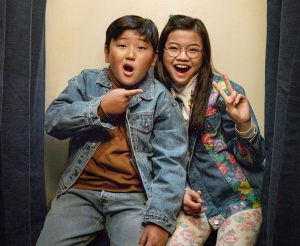 Firstly, a shout out to Park. I love this dude. I find his style of funny, incredibly charming and, though he probably doesn’t intend it, cute. Wong on the other hand also had me feeling overwhelmed with happiness. She really brightens up the screen. All the supporting acts such as childhood bestie to Sasha, Veronica (Michelle Buteau), had their awkward moments that fit nicely to make this film very entertaining. Veronica was one of those types of characters that always said the wrong thing at the wrong time. Terrifying for her, but hilarious for us. 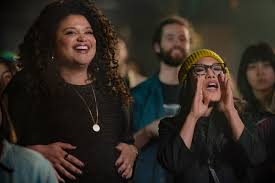 My only issue with Always Be My Maybe is right in the middle. Sasha finds a new boyfriend (not giving it away who he is played by, but he’s quite ‘breathtaking’ these days), she shoves him in front of Marcus, prancing him around as though he is the greatest thing to ever happen to her, and the whole thing went on for too long. It’s that final act in the middle of any rom-com that finally brings the two love birds together again, but I felt that that moment took too long and was awfully awkward. 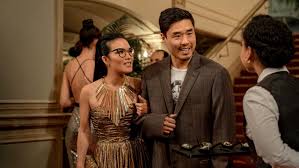 I did switch off that part of my brain for 90% of the film and I’m grateful I did. Always Be My Maybe made me smile and after a horrific day, it was the light I needed.