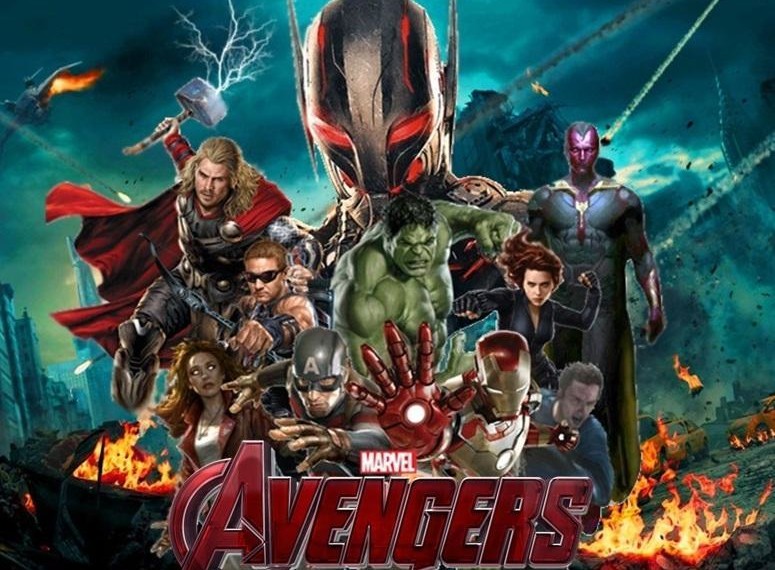 Please note, I will be writing this review assuming you have seen every Avengers based film so far. If you do not understand what I’m saying, then you need to go back and catch up.

I am going to come straight out and say it. Avengers: Age Of Ultron is a superhero movie unlike anything else I have ever seen. I almost cannot believe it. The story and point of action begins from the beginning. It doesn’t gradually become fast paced. It doesn’t gradually get to 10. It starts and stays there. Hey, might even just hit 11. It’s jammed packed with so many qualities and elements you would not have expected from a superhero movie.

After retrieving Loki’s scepter from HYDRA at the very beginning, where we are already left out of breath, Stark uses the scepter to jump start a ‘peacekeeping’ project we are told he began with Banner – Ultron. Very quickly we find that Ultron has a mind of its own and calls out the Avengers as the enemy. He wants to wipe out the human world just like the dinosaurs were wiped out by an asteroid, and ultimately destroy the Earth’s mightiest heroes, or as he describes his plan, to make them ‘extinct.’ What was supposed to be on their side, only fails and is working against them.

Age of Ultron is a completely different film from The Avengers. Though it does continue on from the events of the first film, and what we learn from The Winter Soldier and The Dark World, you feel that this is just a solid new adventure for the heroes. Both films confidently stand on their own as separate epic masterpieces.

Ultron is a worthy opponent and he seems a lot stronger and intelligent than our heroes. Despite the Bluetooth lookalike pieces near the ear area, he looks stronger too. James Spader as Ultron is perfection. His voice chilling and terrifying, just adds more darkness. Spader brings charm to Ultron. He steals the screen when he’s on it. He demands attention and this is almost mesmerising. Though a dominant fearful character, Ultron is able to have some raw emotion toward the Maximoff twins. We see him listen to stories of their hardships with a sincere feeling of care and sympathy even in his robotic persona.

With Ultron’s plan underway, we feel our heroes are vulnerable, defeated and human. We learn so much more about them, and that would be thanks to the power Wanda Maximoff has. We learn (if we didn’t know already) that she is able to manipulate the minds of her victims. Not only we as the audience, but the Avengers themselves are able to witness deep feelings within their conscience, surface; their fears. Nobody brings forth or wants to acknowledge their fears, but Wanda was able to do that with her magic, eventually creating tension between the Avengers. Our heroes are enemies to each other. Well, actually, everybody just hates Stark for creating and continuously wanting to pursue the project to create something mightier than even them. Every character gets a moment where we are allowed to see their distinctness and even their vulnerability. 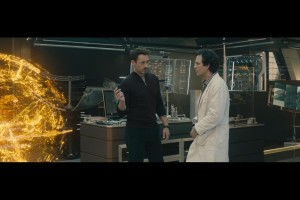 To the comic buffs, Wanda is known as Scarlet Witch. But to ease your concern, no reference was made to the nickname. As we know the Avengers do not use any X-Men references. Nevertheless, ‘he’s fast and she’s weird’ alright. With the introduction of Wanda and her abilities and her very fast brother, Pietro (also known as Quicksilver), together with Ultron, they introduce a darker, more horrifying style to the film. It is so intense what they bring, and how the Avengers react to what is happening, that I almost felt as though I was watching a psychological thriller with some horror elements. 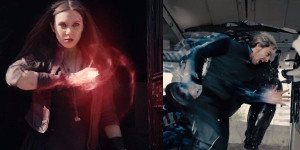 I have been left absolutely mind blown by what Whedon was able to do with this one. I like the fact that it felt that our heroes were going to lose. Obviously you do not want them to, but the possibility makes the adrenalin pump. This film did what no other big action or superhero movie has ever done, and that is giving it heart. Sometimes the heart is very black, but as a viewer, this really sucks you in. I read another review about the film that mentioned that the ‘chicken was over stuffed.’ It does make sense. There’s a lot to take in, but it doesn’t throw you off. There is a lot more personality this time, both in the characters, and the story itself. Regardless of how much stuffing, it still tasted amazing.

The comic relief is just that. The film is so intense, scenes such as the one where some of the other heroes try to pick up Thor’s hammer, or when Vision (who is basically Iron Man/Stark’s computerised sidekick, Jarvis after a few modifications) hands Thor his hammer with ease since nobody was ‘worthy’ enough to pick it up before, or even when Thor explains to Vision how his hammer works, is comical genius work. Hawkeye gets more funny bits, too and this is great. All together, he doesn’t get a lot of time on the screen usually, but this time he gets plenty. I purposely have not touched too much on the big action and fighting scenes and all the funny bits, because they are expected in these films, and they are very much present in this one. 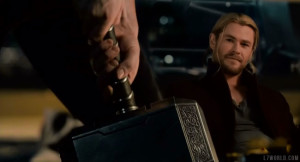 One symbolic theme I found in the film which to me, shows us the trust amongst the Avengers, is the use of Captain America’s shield. I noticed that everybody gets to use it. Black Widow picks it up for him after leaving it in the middle of a street, Hawkeye throws it back at him to finish the job, and Thor’s hammer combined with the shield creates a powerful defense weapon against their enemies.

My only real bother in this film was the relationship that was developing between Romanoff and Banner. I must have missed something because I didn’t even catch any suggestions that she was into him and he was interested in her. I was thrown off by that, and any scenes with them that seemed as though they were getting intimate, emotionally and possibly physically, came through a little awkward. Just because she’s the only one that knows how to calm the Hulk down, doesn’t mean they should be together. Nick Fury’s return seems a little out of the blue as well. But, what is the Avenger’s without him?

I also need to make mention of the Infinity Stones. So far, they haven’t really grabbed our attention, but since Guardians of Galaxy, I think they will. The stones are now a reoccurring presence. We learn that the Tesseract of the first Avengers film is one. We discovered the Orb in the Guardians of the Galaxy, Jane was taken over by the Aether in Thor 2 and now Vision holds the Mind stone. It seems like such a small part in all these films so far, but it is very much a big deal. 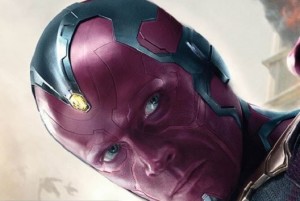 Now, the rest are spoilers and I have tried very hard not to do that here. You need to watch it. It is very much worth your time as a lover of films, but as a Marvel fan, regardless there is love.

Avengers: Age of Ultron gets a 4 out of 5 from me. The Banner-Romanoff relationship kind of annoys me and that took away the one point. Otherwise, it’s so freaking cool.